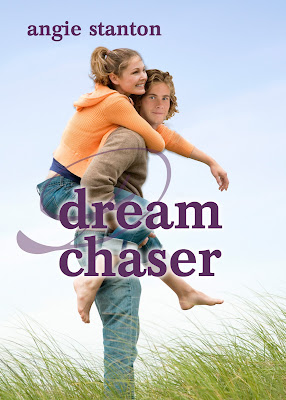 Willow has lead her school's cheerleading team to Nationals and is known as the most death-defying flyer on the squad. She's willing to try anything, but one of her flights almost turns fatal during practice one day. Only a quick save by one of her catchers saved her from breaking her neck. Physically, she's fine, but mentally, she knows she can't ever get back in the air. in fact, cheerleading has lost its draw entirely. Her best friend and team member Jilly is not about to let her walk away, though, and Willow knows she needs an air-tight reason she can't come back to the squad. The school's drama production of Dream Chaser might just be the answer.

Before cheer, Willow was a dancer. An amazing dancer who won competitions at all levels and danced with unmatchable passion, but some scared her away from dancing, just like cheer. This something though was over 6 feet and incredibly hot: her co-star Eli McAvoy. Eli and Willow used to dance together and for years they were best friends until Eli wanted more. Willow ran, but now she needs to face the antagonism between her and her on-time best friend and decide where to go from here.

The main concentration is on the show Dream Chaser which involves the best high school performers in the city, no matter what school they attend. Even though she auditioned for the chorus, the director (who also wrote and choreographed the show) casts her as the lead to replace the girl kicked out after two weeks of rehearsals. She's taking over a position no one except the director wants her to have and her co star is none other than her ex-best friend Eli. Can she ignore the taunts and ostracization and work together with Eli or will Willow let Eli down again?

I grew up dancing. It was the only sport I was ever involved in (and, yes, it is a sport) and I love it. I watch So You Think You Can Dance on TV and still choreograph for the students at my old studio. It's awesome. I was never as good as Willow, but I know how much work it takes and I know what she was facing going into this show. The descriptions of the exhaustion and the pain and the determination were spot-on and I loved the heavy involvement in the arts. The main characters were all interesting and I liked watching how the dynamic between the different groups (show cast, director, principle actors, spurned cheerleaders) kept shifting. One thing that bothered me (and bother I think is too strong of a word) were the mentions of Willow's habit of quitting. It seemed like she was an extremely persistent person and determined to succeed in everything, not a quitter. In fact they really only talk about two things she quit: dance and cheer. She had a valid reason for cheer, but a weak one for dance. Still, I don't see how that classifies her as a quitter. Otherwise, I enjoyed this book from start to finish! It began with a bang (as Willow goes splat on the floor) and kept me very interested all the way through. I especially recommend this to anyone interested in performing arts, but honestly anyone who enjoys contemporary YA books will probably like this one.