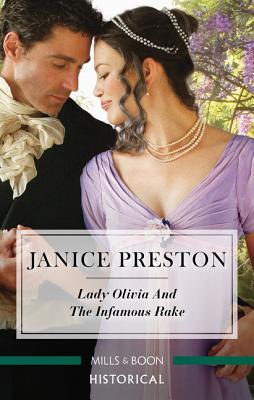 After being plucked from peril by resolute bachelor Lord Hugo Alastair, Lady Olivia Beauchamp is secretly outraged that he doesn’t even try to steal a kiss! He’s a notorious rake amongst the ton and as a result, utterly forbidden to an innocent debutante like her. But their attraction is magnetic. Will she risk her reputation for a passionate encounter?

My thoughts: Lady Olivia Beauchamp has had a very fortunate life. Her family are high in British society, she has two older brothers to secure the future of the family, they're well off financially and her father is able to provide a good dowry for her so she needn't worry too much about her future husband being wealthy himself. She knows how to behave in public to appear as a proper young lady, but in private she's a little more rebellious. Her brothers have always overshadowed her, and she feels like her sex has held her back from a lot of opportunities in life. That leads her to the situation at the beginning of the book where she has disguised herself and persuaded her brother to take her to Vauxhall Gardens one night while their father is away. Unfortunately, things go wrong, and Lord Hugo steps in to rescue her.

They then meet several times through various circumstances and despite knowing he has a reputation as a rake, Lady Olivia finds herself very attracted to him. I liked Olivia for her daring, and the way she balanced the lady she needed to appear as to society against the person she was inside. There are a couple of times in the book where she makes very silly decisions, without really thinking about possible consequences, which was a bit frustrating but I think that's an accurate reflection of the fact that she's eighteen and just doesn't have a clear picture of the harsh realities of the world yet.

While you don't get to see much of what the secondary characters are up to, there are references to some adventures which I think must play out in the other books in this sequence, called 'The Beauchamp Heirs'. I'd be interested to read more, I think, but I'm not necessarily going to seek them out over other historical romance books that might be available to me when I'm next choosing something.

Lady Olivia and the Infamous Rake was a light, easy read and that was exactly what I was looking for. It's nicely written Regency romance, and I'd read other books by Janice Preston in future. I'm giving this book 6 out of 10.
Posted by Ailsa at 5:14 PM No comments:

Description: The city of Tevanne runs on scrivings, industrialised magical inscriptions that make inanimate objects sentient; they power everything, from walls to wheels to weapons. Scrivings have brought enormous progress and enormous wealth - but only to the four merchant Houses who control them. Everyone else is a servant or slave, or they eke a precarious living in the hellhole called the Commons.

There's not much in the way of work for an escaped slave like Sancia Grado, but she has an unnatural talent that makes her one of the best thieves in the city. When she's offered a lucrative job to steal an ancient artefact from a heavily guarded warehouse, Sancia agrees, dreaming of leaving the Commons - but instead, she finds herself the target of a murderous conspiracy. Someone powerful in Tevanne wants the artefact, and Sancia dead - and whoever it is already wields power beyond imagining.

Sancia will need every ally, and every ounce of wits at her disposal, if she is to survive - because if her enemy gets the artefact and unlocks its secrets, thousands will die, and, even worse, it will allow ancient evils back into the world and turn their city into a devastated battleground.

My thoughts: I haven't read anything by Robert Jackson Bennett before, but I thought the blurb sounded interesting, so I was excited to give Foundryside a go. It starts with a young woman called Sancia stealing a mysterious object for her unnamed client. She wouldn't normally take a job this big and complex, because the consequences if she gets caught could be death or the painful loss of a limb, but this time the money was so good she couldn't say no. She duly gets hold of the box, but she can't resist the urge to look inside - despite having been told specifically not to by the client - and see what someone would go to all this trouble for. It turns out to be a magical object that's totally different from anything else, and Sancia realises her client wont let her live with any knowledge of it.

The book hooked me quickly, with Sancia's street-smart attitude and a lot of action that painted a good picture of the city and how the magic in this world works. Be warned, it's not a short book. I found the 10-20% section dragged a bit, but then things picked up again and I got sucked right back in. The last 30% flew by, and where part way through there had been moments where I wasn't sure if I'd continue with the series after Foundryside, by the time I finished reading it last night I knew I need to read the next book!

The majority of the book is focussed on Sancia, but there are occasional short paragraphs from some of the other key characters. There are a variety of narrators, and I think Robert Jackson Bennett did a really good job at giving the main characters distinct personalities and motivations. I liked the character development of all the key players over the course of the book, and I'm interested to see what happens to them in the sequel.

With Foundryside, Robert Jackson Bennett has created an exciting, believable world and a plot full of twists. It picks up momentum as it goes along, and I'm looking forward to seeing what the second book in the series has in store for readers. Overall, I'm giving Foundryside 7 out of 10.
Posted by Ailsa at 8:14 PM No comments:

Email ThisBlogThis!Share to TwitterShare to FacebookShare to Pinterest
Labels: 7 stars, book review, Fantasy, Foundryside, Jo Fletcher, magic, Robert Jackson Bennett
Newer Posts Older Posts Home
Subscribe to: Posts (Atom)
The Book Bundle is a review blog run by Ailsa, a Marketing Executive at a London publishing company, and Emily Cross, an Irish PhD student. We review a wide variety of books, but lean towards fantasy, YA, UF, and romance. Check out the latest reviews to see what we're loving at the moment!