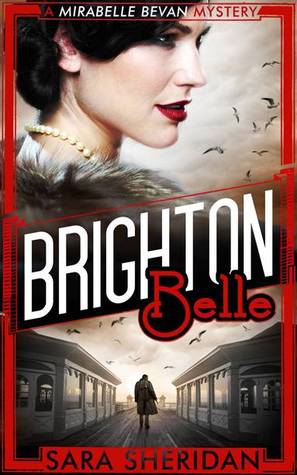 With the war over and the Nazis brought to justice at Nuremberg, Mirabelle Bevan (retired Whitehall secretary) thinks her skills are no longer required. After her lover's death she retires to the seaside to put the past behind her and takes a job at a debt collection agency run by the charismatic Big Ben McGuigan. But when the case of Romana Laszlo - a pregnant Hungarian refugee - comes in, Mirabelle soon discovers that her specialist knowledge is vital. With enthusiastic assistance from insurance clerk Vesta Churchill, they follow a mysterious trail of gold sovereigns and corpses that only they can unravel.

My thoughts: This is a fairly straightforward mystery story, with a fun time period setting. Mirabelle gets tangled into the case of Romana Laszlo when her boss goes missing. Following clues, at first alone, she finds many things which don't seem to add up, despite the fact she knows they must be connected. Needing a bit of help, she enlists Vesta, who works in the same building as her.

The characters were likeable and the mystery was interesting. Aside from the interesting time setting though, nothing jumped out at me as being particularly exciting or brilliant about the story. If I stumble on the sequel, I'll probably give it a go, but this one didn't leave me wanting to rush out and buy it. If you're looking for a nice mystery story, give it a go.

Beyond Ecstasy (Beyond #8) by Kit Rocha 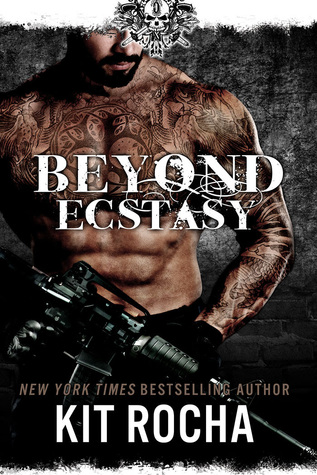 Description: The O’Kanes have a reputation for working hard and playing harder—except for Hawk. He joined the gang with one goal: to ensure his family’s survival through the impending war with Eden. It’s been years since he had the luxury of wanting anything for himself. Now, he wants Jeni. From the first moment he saw her, he’s been obsessed with making her his. Not for a night-forever.
Jeni’s been lusting after the former smuggler for months, but he keeps shutting her down. She’s almost given up on getting him in her bed when he offers her the last thing she ever expected—a collar. Accepting it means belonging to him, body and soul. It’s a reckless gamble, but Jeni can’t resist the chance to slip under Hawk’s armour.
The only thing more shocking than the dark, dangerous pleasure they discover is how right it feels. But falling in love is even more reckless when forever is far from guaranteed. Because they aren’t just at war, they’re out of time—and every breath could be their last.

My thoughts:
Note - this review is spoiler free for Beyond Ecstasy. However, it’s book 8 of the series, so there are spoilers for earlier books.

Regular blog readers will know I really enjoy this series, although there have been times in the past where I felt the books were just falling slightly short of their potential. Beyond Ecstasy, along with the previous book, Beyond Ruin, prove that Kit Rocha has come into her own with the series. There were no disappointments in this book, and it genuinely brought out so many emotions for me.

The romance in Beyond Ecstasy focusses on Hawk and Jeni. They weren’t a couple I was particularly desperate to read about (unlike some I could mention *cough*Nessa*cough*) but the glimpses of Hawk in Ruin made me more interested in him. Hawk is a farmer and smuggler, here to help his family back in Sector Six and recently slightly obsessed with Jeni. Jeni dances and bartends but her most defining feature before this book was her loneliness. Luckily for her, things get going pretty quickly… possibly too quickly.

“We’ve barely spoken, Hawk. I know we’re attracted to one another, but what you’re talking about - a collar? That’s different. … You can’t commit to someone you don’t know.”

Thank you, Jeni (& Kit Rocha, of course) for saying that. I’m really not at all a fan of ‘insta-love’ so Jeni saying this had me cheering for her. As the book goes on, they find a way to start talking and getting to know each other more, so it’s believable when they do get to the stage of a collar and looking beyond that. Even so, the speed of things in the book is a big issue for Jeni. The background of the war means everyone is trying to seize the moment and romance can get a little messed up in that atmosphere. There are, of course, some very sexy scenes - Jeni is submissive and Hawk has never been with someone like that. His learning curve is very fun to watch ;)

Then there’s the war. And I can’t lie to you, there are some heartbreaking moments in here because of it. Beyond Ecstasy starts a few weeks after the end of Beyond Ruin and as Jasper and Hawk walk around the electricity-free sector at night, you can see how the war is affecting the ordinary people. This book very much shows the pain of war for those who are a little further away from leadership than we normally see in the Beyond series. Hawk visits his family in Sector Six, bringing Jeni with him, and I loved seeing the extended family network on the farm and how happy everyone was. I don’t want to give anything away so I won’t say any more except that the scenes on the farms were the most significant for me in this book.

If you haven’t discovered this series already, you can get the first three books in a bundle. If you’ve been eagerly waiting for this, it’s out now! You can get it in a variety of places, including amazon: click.

This book is one of my favourites in the series. I’m giving it 9 out of 10, I loved it. After the glimpses into Nessa & Ryder’s heads in this story, I’m desperate for the next one, of course! So if you love the series, Beyond Ecstasy is Kit Rocha at her best so far, sexy and sweet against the harsh backdrop of war. Make sure you have your tissues ready.
Posted by Ailsa at 8:50 PM No comments: 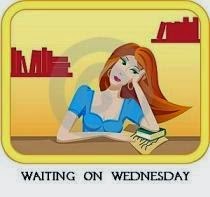 Waiting On Wednesday is a weekly meme hosted by Breaking The Spine.

A book I'm looking forward to is:
A Torch Against The Night, by Sabaa Tahir

This is the sequel to An Ember In The Ashes, which was one of my top four favourite books last year. You can read the first chapter of A Torch Against The Night here.

Elias and Laia are running for their lives.

Following the events of the Fourth Trial, an army led by Masks hunts the two fugitives as they escape the city of Serra and journey across the vast lands of the Martial Empire.

Laia is determined to break into Kauf—the Empire’s most secure and dangerous prison—and save her brother, whose knowledge of Serric steel is the key to the Scholars' future. And Elias is determined to stay by Laia’s side...even if it means giving up his own chance at freedom.

But Elias and Laia will have to fight every step of the way if they’re going to outsmart their enemies: the bloodthirsty Emperor Marcus, the merciless Commandant, the sadistic Warden of Kauf, and, most heartbreaking of all, Helene—Elias’s former friend and the Empire’s newest Blood Shrike.

Helene’s mission is horrifying, unwanted, and clear: find the traitor Elias Veturius and the Scholar slave who helped him escape...and kill them both.

Email ThisBlogThis!Share to TwitterShare to FacebookShare to Pinterest
Labels: Sabaa Tahir, Waiting on Wednesday
Newer Posts Older Posts Home
Subscribe to: Posts (Atom)
The Book Bundle is a review blog run by Ailsa, a Marketing Executive at a London publishing company, and Emily Cross, an Irish PhD student. We review a wide variety of books, but lean towards fantasy, YA, UF, and romance. Check out the latest reviews to see what we're loving at the moment!